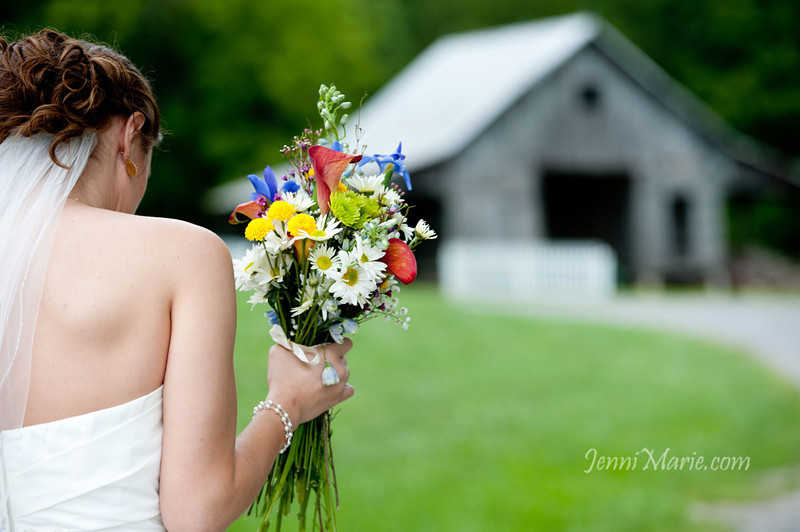 The day started with a few clouds, their bleak grayness looming over the decorated lawn at Rockwood Manor.  The Manor, its stately elegance poised against the gray sky, watched silently as the preparations continued. The coordinator bustled in and out of the great hall entrance. The drive was filled with a constant stream of cars — guests, vendors, friends, helpers.

But when Laura walked down the aisle to meet her beloved, when Ray reached for her hand and gave it an extra squeeze, when musicians started singing, the gray was chased away. As the blue snuck through, the clouds burst open. Somewhere in the middle of Revelation Song by Philips Craig and Dean, the sun smiled and the gray vanished.

He stood waiting for her. His hands clenched around the iron bar, he shifted from one foot to the other. He didn’t have to wait long, but it felt like a million seconds.  After a  friendship that developed through high school, through college, through life-after-college, the Happiest Day had (finally) arrived.

“Do you like it?” She asked. Knowing fully, of course, that he did.

“My knees are weak.”

It was her turn for vows. She’d written them for him.

Everyone knew they would be verbose. That’s who she is.  She even promised Ray to always talk on and on and on and on and on (just like she was doing then).  We all laughed. Yes, Laura was Laura. But today – her wedding day — she was even MORE Laura than ever. The laugh was brighter. The smile joyful-er. The eyes sparkly-er. The vows verbose-er. And her bones? Happy. Yes. Even her bones were happy. She said so herself.

And would she love, honor, cherish Ray? 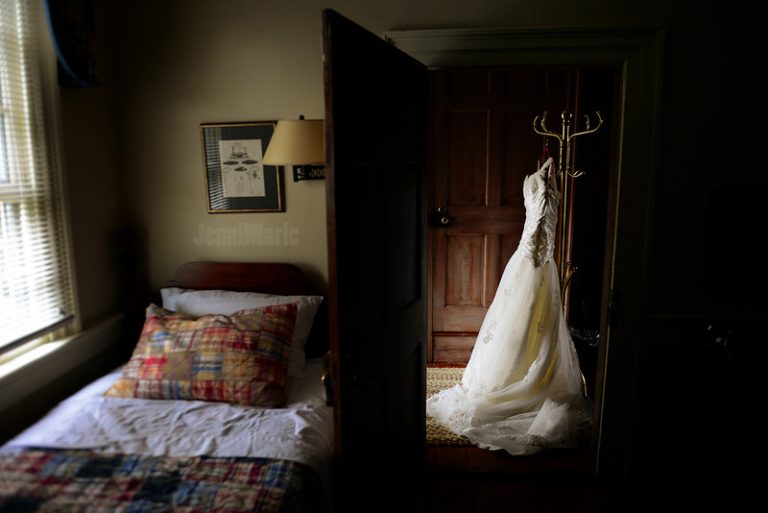 Jacinta’s curls were pinned up already. Her makeup had been masterfully done. Her mom had laced her into that vision of a wedding dress. Cinderella’s glass slippers fit like a glove. She’d settled into her jewelry. All that remained was the veil, and it was coming soon. Jacinta’s wedding day had dawned with the hint… 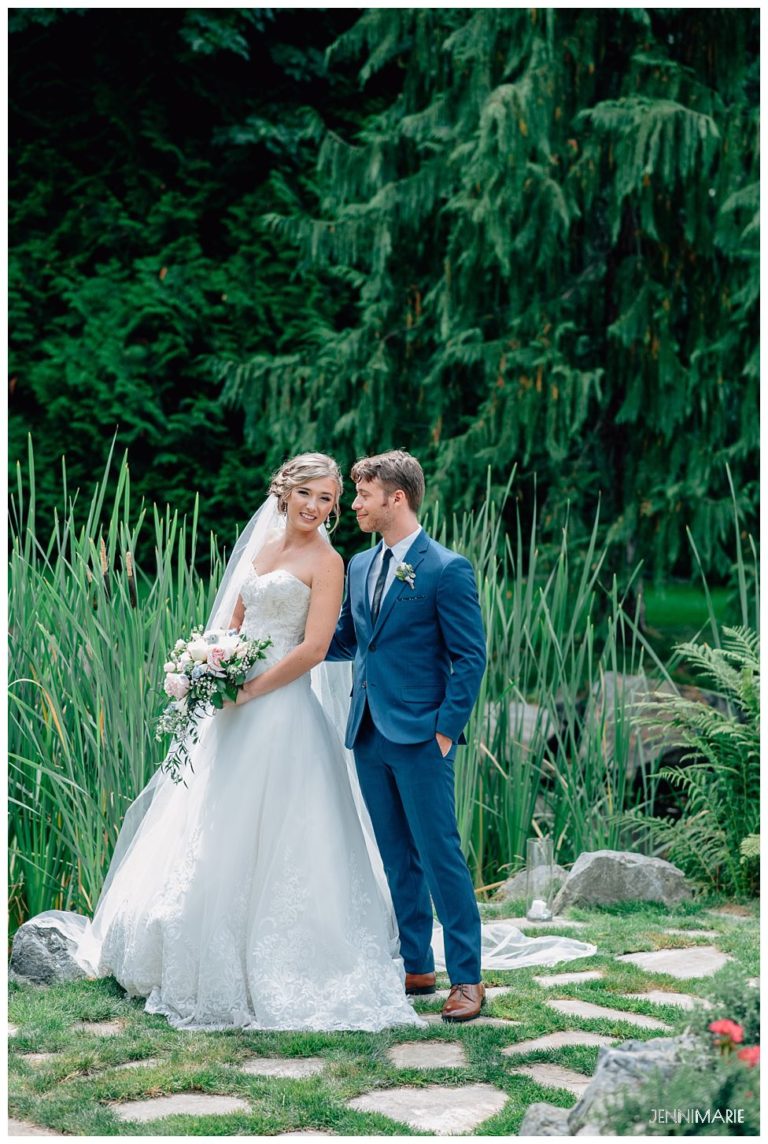 Jordan & Kristina’s Heron’s Bridge Wedding in Abbotsford, BC was everything a wedding day ought to be: chock-full of friends and family, filled-to-the-brim with belly laughter and inside jokes, decked out in flowers, and surrounding two of the most delightfully wonderful people ever to grace this planet.  Family and friends flew across the continent (and… 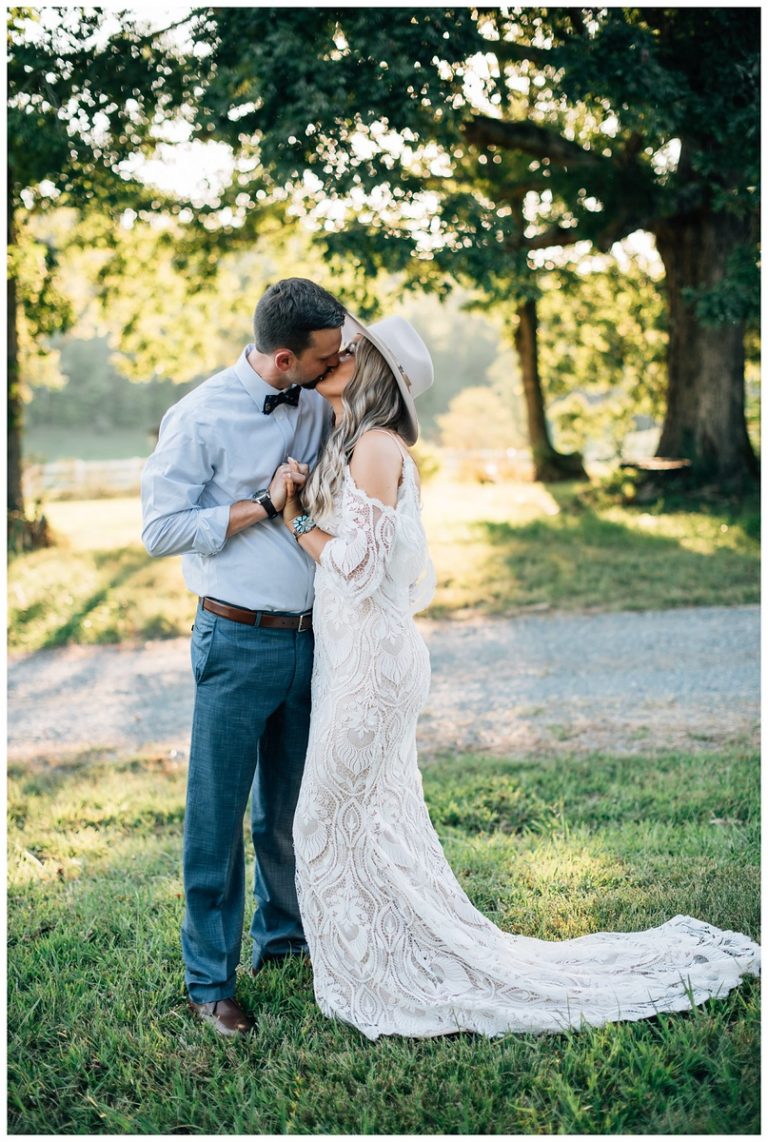 I’ve long been a fan of adventure honeymoon portraits — a way to embrace an epic location for ridonculously fabulous portraits without taking time away from wedding day guests — and when Lexi and Tanner decided to plan pre-wedding portraits, I fast became a fan of this option too! Imagine this: showing up on your…

In a flurry of activity, Carla and her girls arrived back from the salon a bundle of giggles and hair spray. With their hair and make up perfect, it was go-time. Priorities well in order, they stopped a few minutes for cumin chicken soup (thickened with coconut milk, mind you) coupled with cinnamon raisin toast…. 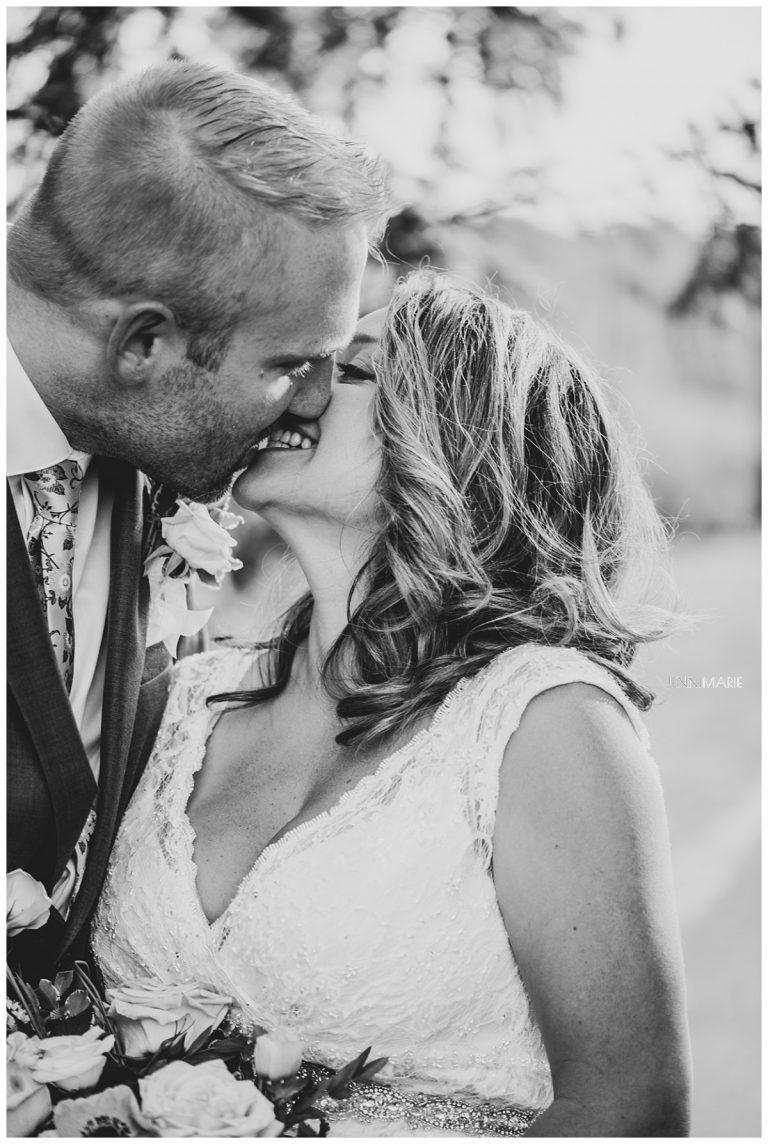 The microweddings that will forever define 2020 are my new favourite.⁠  A Swaneset microwedding with those views? Talk about taking it up a notch! ⁠ Hear me say: I don’t minimize the sorrow that it is to un-invite friends and skip the dance party, BUT I’m choosing to see the silver lining (and playing the… 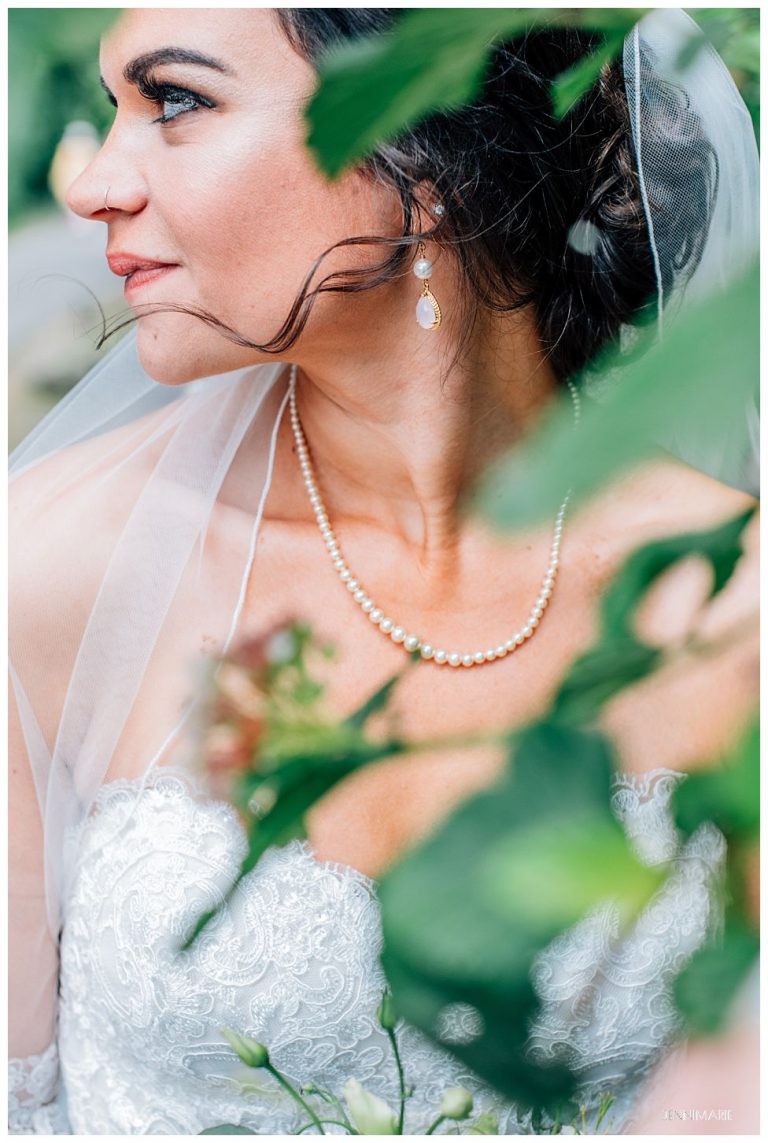