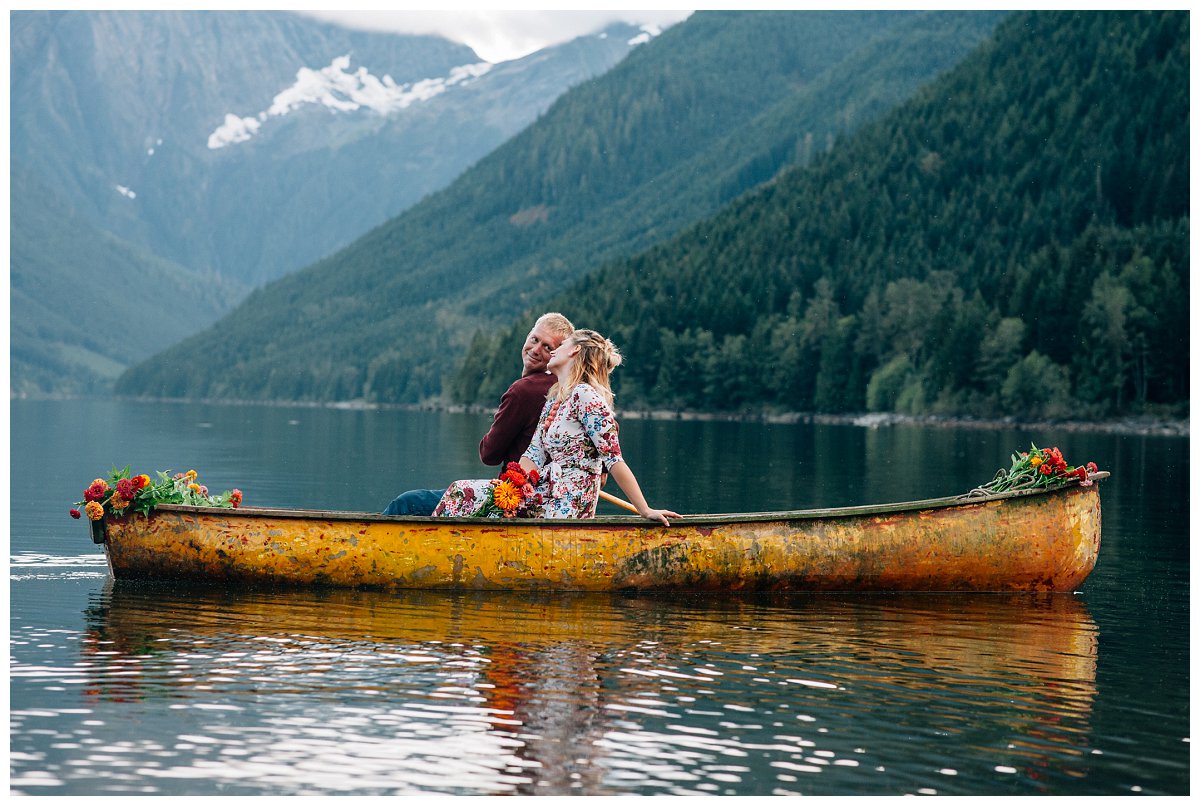 Jason & Meghan’s story started almost seven years ago and I’ll call this chapter the “Jones Lake love story.” It’s one for the record books, not only for the epic views and perfect dusk on the water, but for the immensity of love evidenced by Jason for Meghan (and by my husband for me).

See, when Jason married Meghan six years ago, I don’t think he imagined trekking up to Jones Lake with three toddlers and a row boat and a canoe and a bucket full of zinnias as an act of love in his future.  But that’s the kind of sacrificial love that defines their Jones Lake love story. 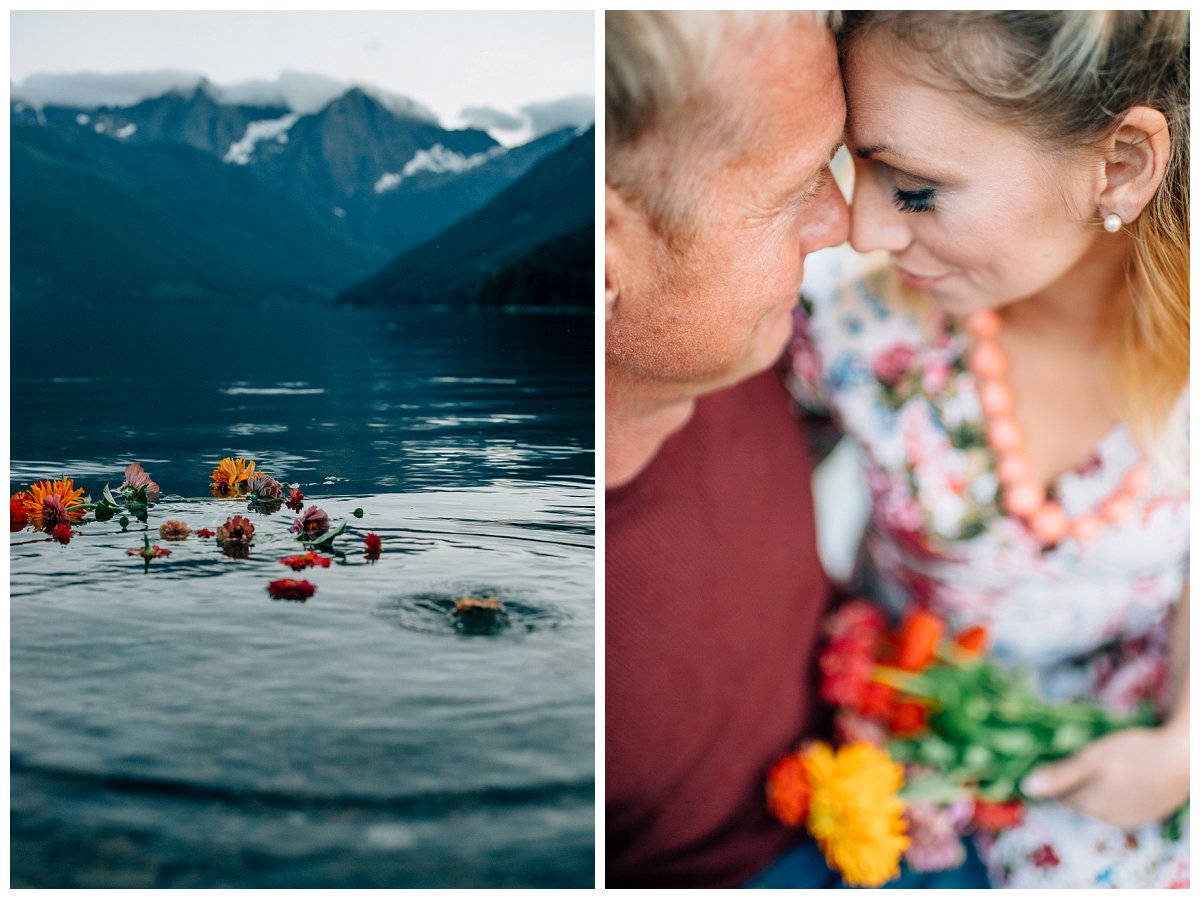 (Side note: I marvel – truly marvel – at the unwavering dedication these husbands of ours show to their slightly manic wives as Meghan and I follow our creative whims to the top of a mountain with a rowboat of flowers.  The work involved just loading two boats and trekking them up the forest service path that doesn’t quite deserve the name road?!  It’s love, I say.)

Inspired by her love for the British Columbia mountains, a few Pinterest images, the flowers in their backyard, and their summer filled with family boating and fishing afternoons, we took theory to reality. And reality looked even better than the dream.

We had two boats at our disposal, watched the sun slip behind the trees, shivered in the cold, made a memory AND created award-winning photos!

Yup. Award-winning! In the Shoot & Share competition, out of 330,000 photos in the competition, four photos from this set made it into the Final Round and two placed in the TOP 100 in the Engagement & Couples and Families categories, respectively.   Eeeep! 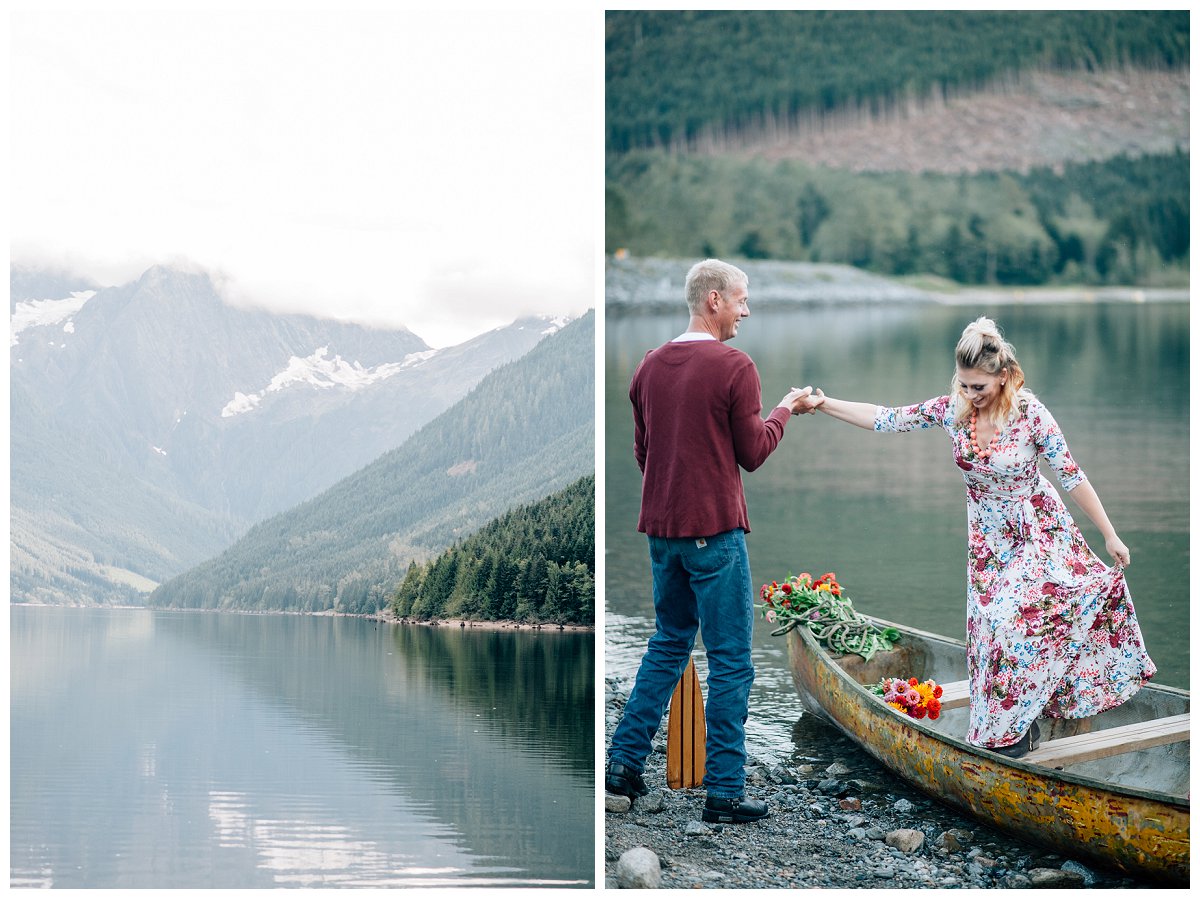 The love story began with an engagement session, continued on through their wedding and maternity sessions (one, two, and three), and now it’s a Jones Lake love story where the wives dreamt beautiful dreams and the husbands made it happen. 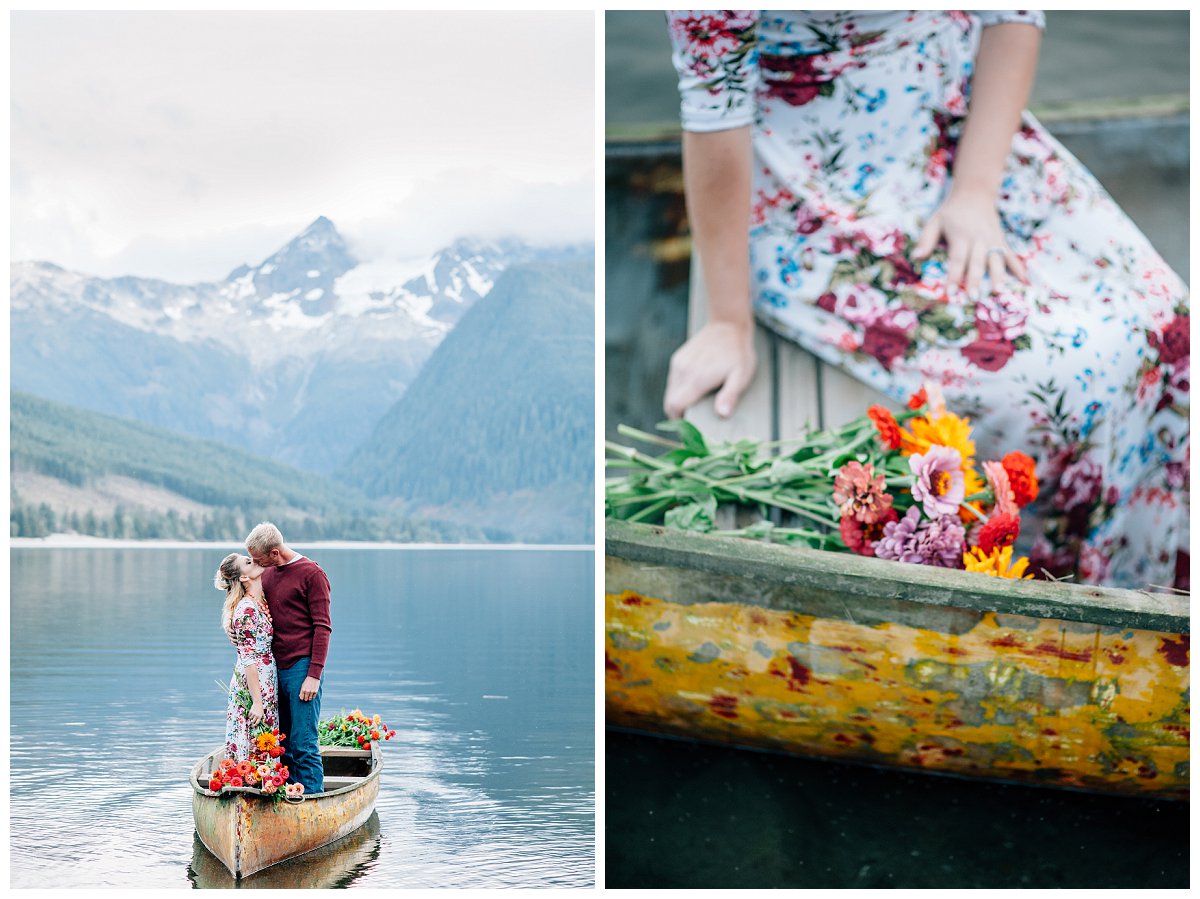 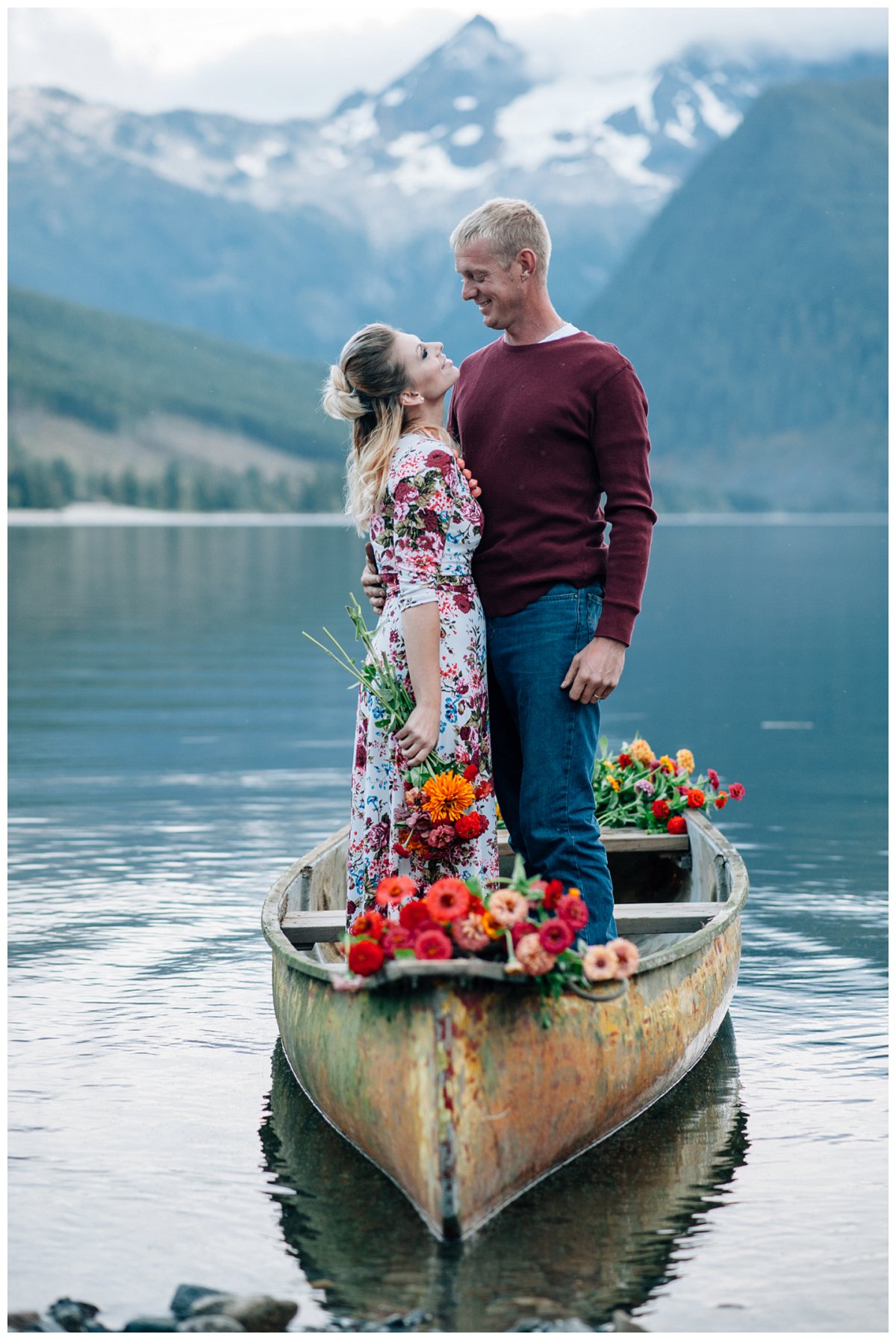 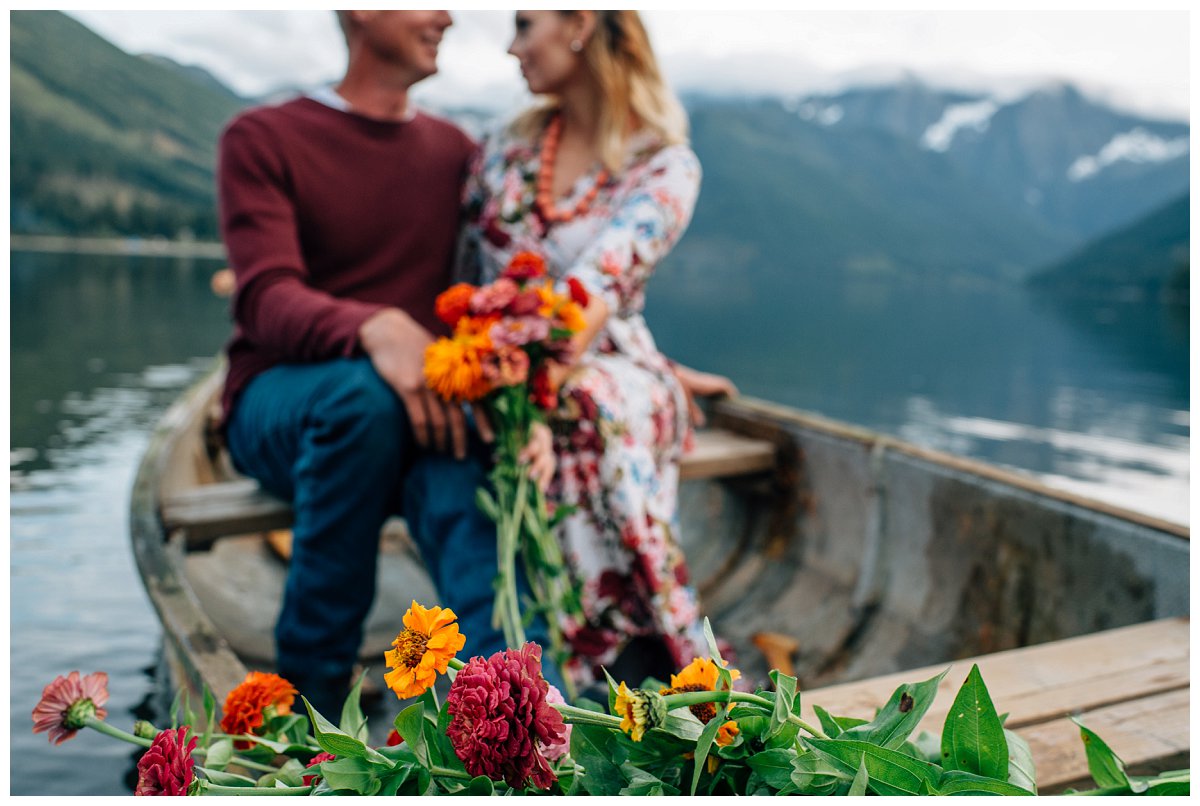 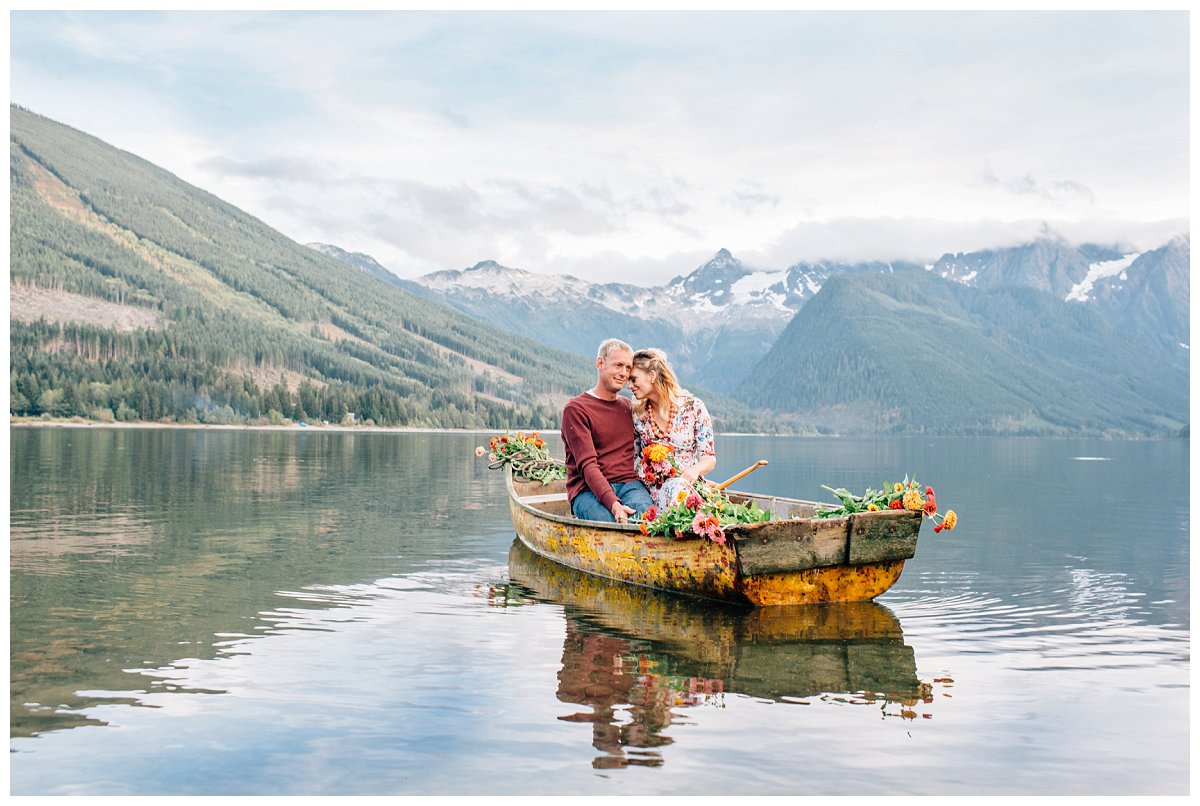 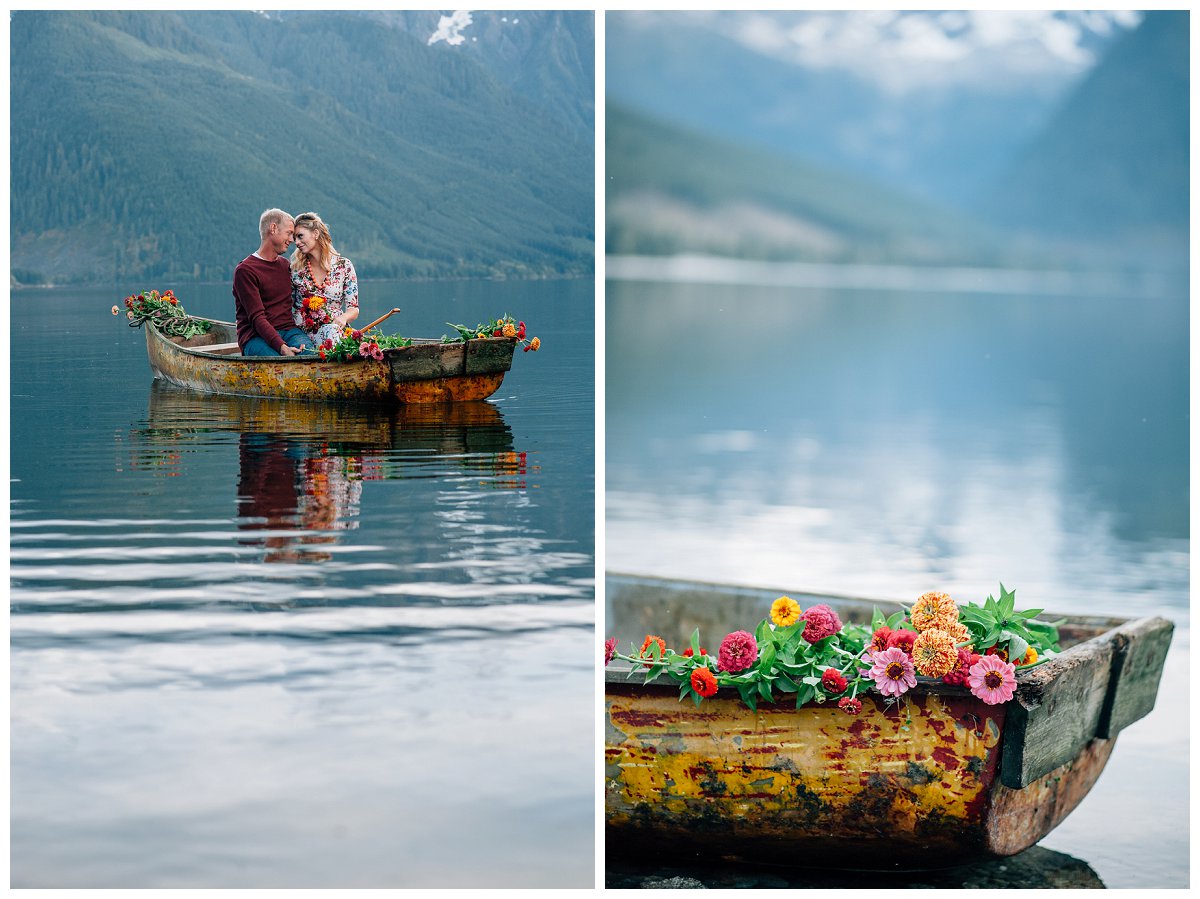 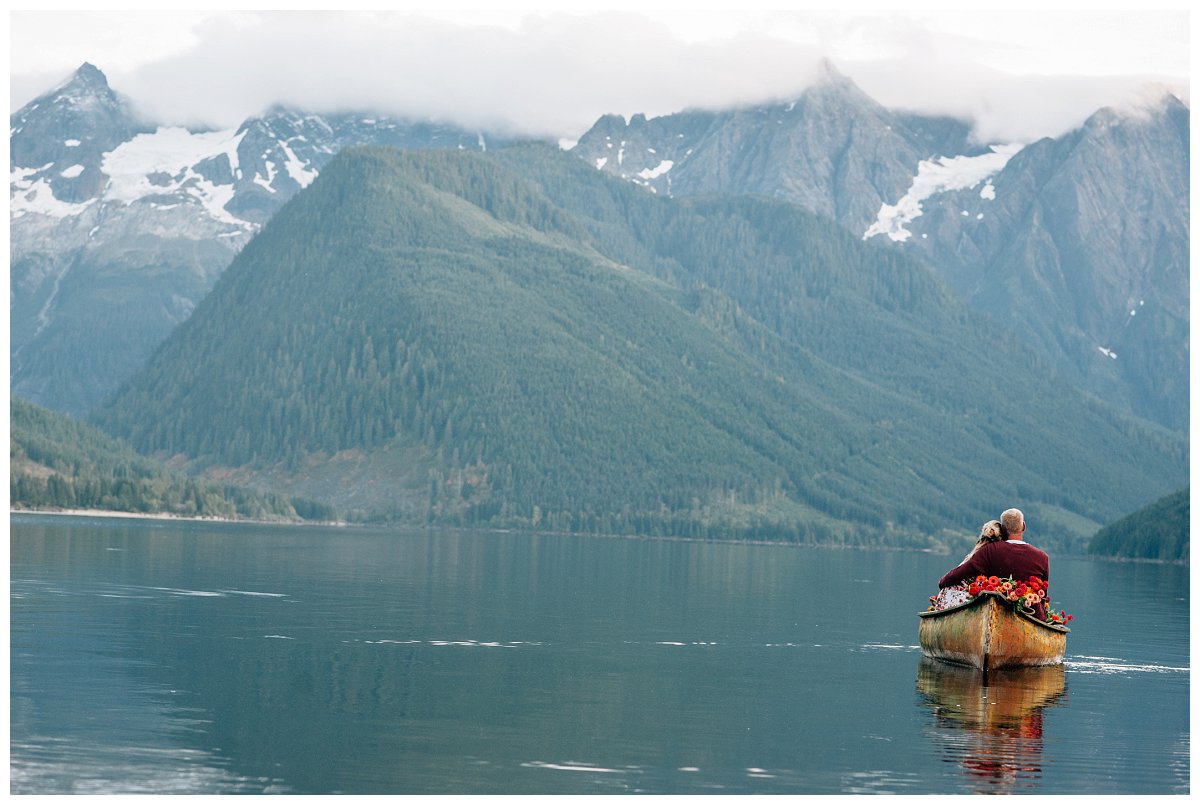 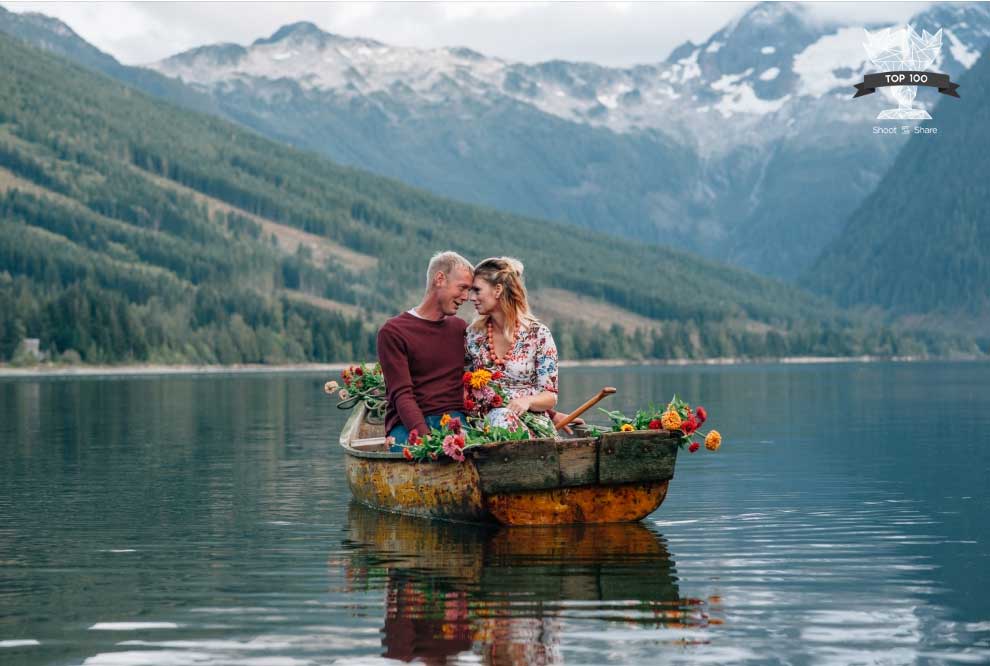